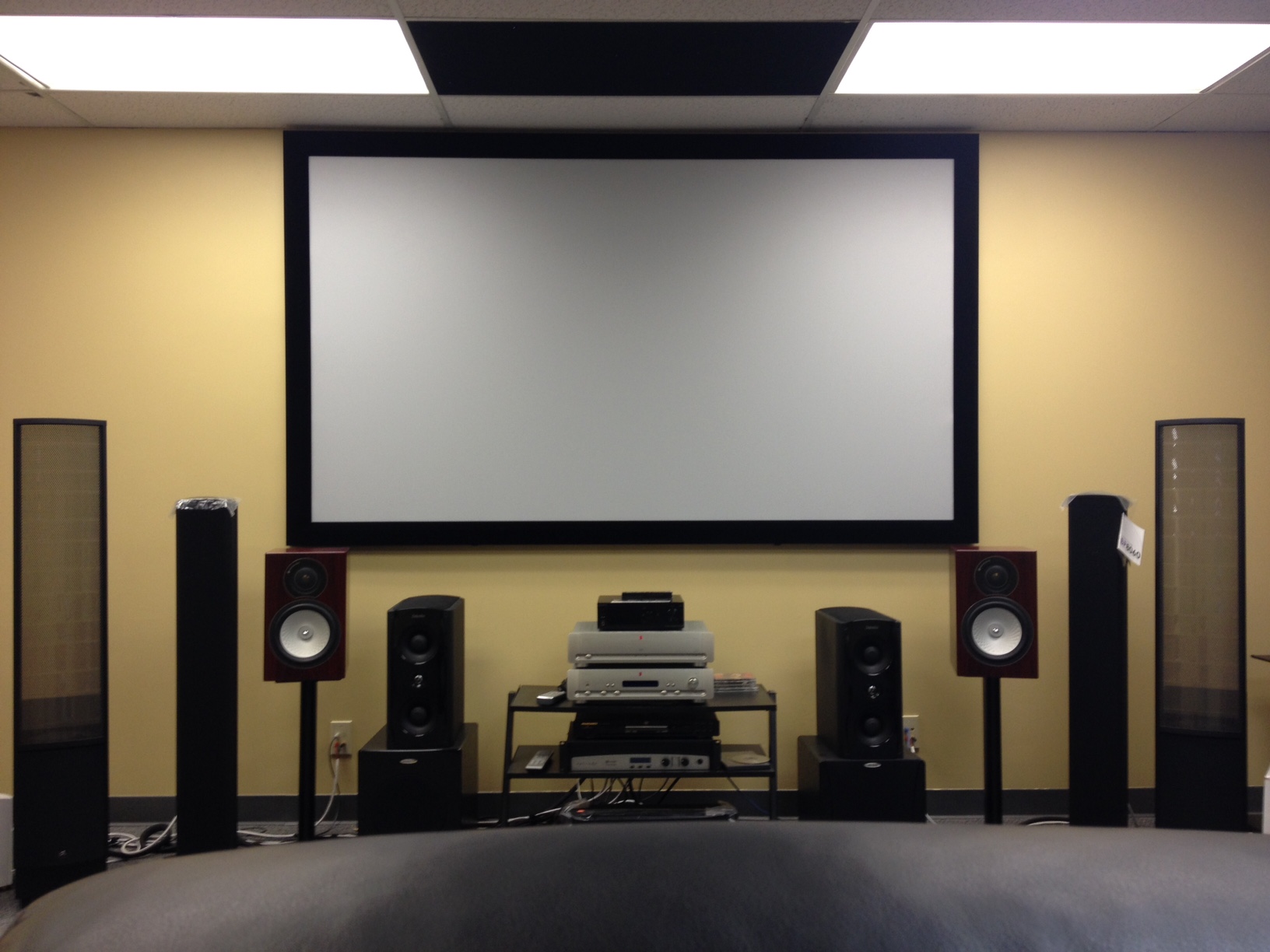 What crossover point is good for big, bad tower speakers?

A very popular question on many of today's audio/video websites and blogs is:

Being that the wife was out on this Saturday afternoon and the surf hadn't hit yet, I had a few hours to kill. Time to do some speaker testing! There is a lot of misinformation about these questions so we wanted to clarify the history of speaker set-up, the reasons why, what we heard during our demos today and reasons you might want to configure your home surround sound speakers in one way or another. Read on!

20 years ago, many experts in the field agreed that bigger speakers should ALWAYS be put on Large in the speaker settings. This was before the advent of advanced bass management in today's AV receivers and pre-amplifiers. An example of this was when I and a couple other team members were invited to Sumiko for a multi-day audio training back in 1998/1999. Their President/owner (John Hunter) stated unequivocally that if you as an installer don't have your better speakers on Large, "you (insert expletive here) up". The idea was that you wanted deep, full-range sound coming from the speakers as well as your subwoofer to give you added presence and depth in your soundstage.

As we fast-forward to some years later, we now have better levels of control in our surround sound processors and home theater receivers. This allows us to set the speakers on what is termed a "Small" setting BUT we now have the ability to set the crossover point below 80Hz. This wasn't possible before and it allows more flexibility and customization with speaker settings and placement. Here is where we're at today.

If you pore over audio websites that discuss this Large vs. Small option, they typically advise you "Put the speakers on Small...that is the way." Should we believe everything we read on the Internet? If so, Bigfoot, aliens and the Loch Ness Monster might be more real than most think. Armed with our curiosity, a bunch of high-end electronics and some time to kill, we decided to put this speaker set-up theory to the test.

We started out with a track from Sting - "I Burn for You". Our tests were initially done listening to the receiver in just 2 channel stereo. We would play various snippets of the song with the speakers set on Large and then we would change the setting to Small with the crossover at 60Hz. On both sets of tower speakers used for our test (Martin Logan Motion60XTi and the KEF Q950) the sound was fuller with more presence with the speakers on Large. When I changed the setting to Small, the sound was more defined but there was less presence and not as much of the sense of a soundstage in front. The speakers seemed to come from a distinct location vs. "painting" a sound image in front of me. The increased accuracy BUT lack of presence was more distinctive when I changed the crossover to 80Hz. NOTE: Like John Hunter from Sumiko, we feel that big, bad tower speakers should have a lower crossover to preserve the fullness and depth that you get from larger cabinets and drivers.

We tested the system with more demo tracks such as "To Zion" by Lauren Hill, "Hotel California - Live on MTV" by the Eagles and "Peel Me A Grape" by Diana Krall. The characteristics above held true with all of this demo material.

There is an argument about having your speakers on Large and it has to do with "double-bass". The idea is that if your speakers are reproducing full bass response AND your subwoofer is reproducing bass that it can cause bass nulls and issues with sound in the room. This is true to a certain extent. However, many of these "double-bass" enemies tout the advantage of having multiple subwoofers. Using two or more subwoofers also gives you double-bass so I don't think this argument is absolute. With subwoofers, you have more ability to move them around to adjust these possible nulls where in most cases, you don't have this same ability with speakers. Tower speakers do benefit from appropriate placement so you may want to play with their distance from the wall, rake angle and other factors if possible to optimize the sound.

Here are some reasons to possibly have your speakers on LARGE.

Here are some reasons to possible have your speakers on SMALL.

Better clarity with vocals and details

More power for your main speakers

Fortunately, you can make these assessments yourself simply and quickly in your own room. Want more presence, especially at lower listening levels? LARGE may be the speaker setting for you. Can't hear what they are saying on Netflix? SMALL might be the best setting for you. Turning the volume to level 1,000,000? SMALL again might be the ticket.

Some of the other gear used in this test was:

Need any high-end electronics in the San Diego or So. Cal area? Let Aire Theater Designs help you with your stereo, surround sound or 2 channel audio set-up!