We offer products, installation and solutions for today's:

Our team has literally decades of experience with today's technology and we want to help YOU. If you have any questions about what we offer or if you would like to set up a consultation to discuss how we can help, feel free to contact us directly at 844 MYTVGUY (698-8489) 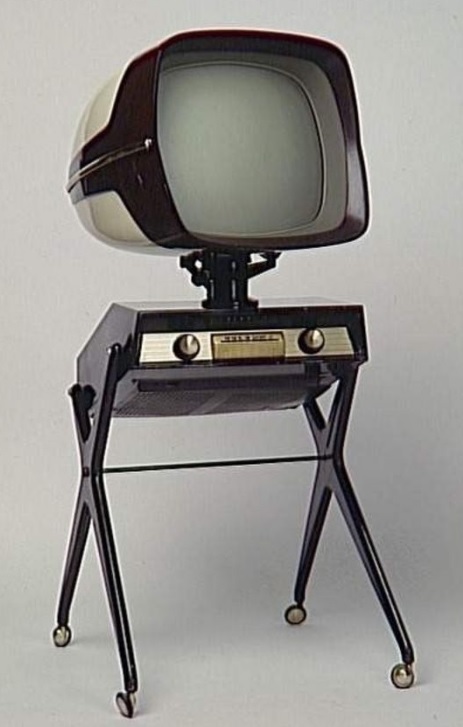 Wow...TV has come a LONG way over the decades. I can't tell if the above is an old timey TV or a new-fangled robot but I think I'd watch it, no matter what it is. Speaking of things to watch in the audio/video industry, TV and specifically today's TVs and projectors have advanced in a big way over the last 10 years. High-definition, 4K, 8K, QLED, OLED, Micro-LED...what's going on here? Looking for the best TV you can buy? See below for some information we added a while back that details what TV might be right for you.

Best TV In A Bright Room

UPDATE - Sony 8K TV!: Sony has released their reference 8K mini-LED TV and it is insane! This is the best LED TV you can buy (in our opinion). This technology will provide higher brightness and the ability to produce better HDR than step-down models in their line-up. These are made in 75" and 85" versions (XR-75Z9K and XR - 85Z9K) and retail for $6999 and $9999.

Best TV for Gamers: Like video games? If so, you want a TV that can keep up with the fast-motion of your action on screen. We have seen that LG's C1 OLED TV has the least latency and "fastest" panel of any of the televisions that we have seen. We would give Samsung's QN90B model (available in 55", 65", 75" and 85" sets) a close 2nd place.

Best TV for Natural Images and Motion Processing: We are all fans of Sony's processing in their higher-end flat screens. We (the team at Aire Theater Designs) all think that Sony's A90 OLED TV produces the most natural colors and motion of any of the TVs we have seen. NOTE: Many of the reviews on sites such as Rtings and Cnet don't seem to get into these elements but we feel that they are important. Ex: If you are looking at a close-up of someone's face, you will see different shades of pink and red (depending on the face) that you just don't see with other brands. Sony's motion processing offers amazing smoothness and accuracy when watching content with fast-action scenes. These two elements cement Sony OLED as the best overall picture we have seen (NOTE: See our update about the Sony Z9K Mini LED TV...we may have to eat our words).

Best TV that doesn't look like a TV: Samsung came out with a series of TVs called "The Frame" that display digital artwork, have customizable frames and look like a picture when they are off. These things are awesome and a great piece of designer friendly technology. See our article below about the Samsung Frame TV and how it can enhance your decor.

Want the best tv you can buy? Let our San Diego flat screen installation experts be your guide...Aire Theater Designs! We sell OLED, Neo QLED and QLED TVs from Samsung, Sony and LG.