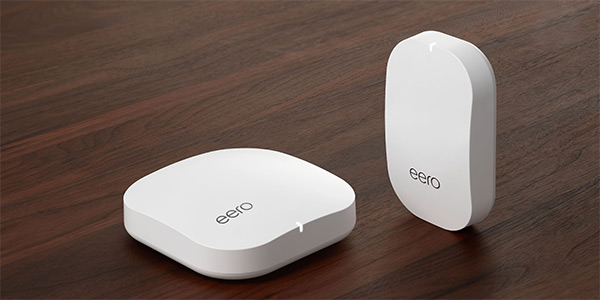 Eero won't work with your new device? We've solved that one before.

Does Eero not work with your new:

Here's why it doesn't work and how to fix it.

UPDATE as of 2/3/2022: See our latest video HERE that illustrates this process.

Eero is great product and we love it. See the article HERE why it's one of our favorite offerings. HOWEVER, there are some limitations to Eero and it's why we also have better WiFi offerings for certain applications. Eero emits both 2.4Ghz and 5Ghz wireless networks and the way their product works is that your device will "see" 5Ghz until you get out-of-range. At that point, connected devices "see" the 2.4Ghz WiFi network. As a refresher, 5Ghz is faster than 2.4Ghz but it doesn't propagate as far in space.

Here's the problem, many of today's inexpensive DIY devices are cheaply constructed or engineered and as a result, the initial set-up app (or sometimes the device itself) only operates on the 2.4Ghz band. In most cases when you are trying to set these devices up with Eero, you are in range of the 5Ghz network and not the 2.4Ghz network that the device can attach to. As a result, the app from your smart device may display "no network", "set-up failed", etc. You can fix this in one of two methods:

This is an issue that has perplexed MANY people. However, this is a simple one for us. Want help from network professionals? Call San Diego's WiFi and Eero experts!